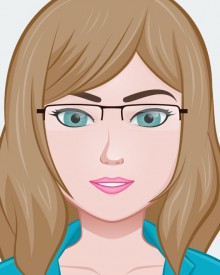 Many processes in chemical engineering require the separation of one or more of the components of a liquid mixture by treating the mixture with an immiscible solvent in which these components are preferentially soluble. In some cases purification of a liquid may be the function of the process, in others the extraction of a dissolved component for subsequent processes may be the important aspect. An example of the former is the preparation of the pure organic liquids from products of the oil industry. Liquid-liquid extractions may also be used as energy saving processes by, for example, eliminating distillation stages. It is possible, of course that the substance of interest may be heat-sensitive anyway and that distillation is accordingly an unacceptable process.

When separation by distillation is ineffective or very difficult, liquid extraction is one of the main alternatives to consider. Close-boiling mixtures or substances that cannot withstand the temperature of the distillation, even under a vacuum, may often be separated from impurities by extraction, which utilizes chemical differences instead of vapor pressure differences. For example, penicillin is recovered from fermentation broth by extraction with a solvent such as butyl acetate. Another example for liquid extraction is recovering acetic acid from dilute aqueous solutions; distillation would be possible in this case, but the extraction step considerably reduces the amount of water to be distilled.